Utilizing beetles to clean bones and skulls has been an accepted practice by taxidermists and museums for years.

The common term for these types of beetles is Dermestid beetles. Dermestid beetles exist in nature and may be found feeding on the flesh of dead animals. Beetles will clean a skull completely even into the smallest nasal passages and canals without damage to the bones themselves.

There are over 500 species of beetles found worldwide that fall into this category. Museums commonly utilize beetle cleaning for bones and skeletons to insure all tissue is removed and bones are not damaged. Given optimal breeding and feeding conditions beetle colonies can reproduce and grow infinitely.

Using beetles for a European skull mount sounds simple in that the beetles do most of the work. Given time the beetles will eat all tissue on the skull including the hide and the brains; however, proper prep work helps to expedite the process. A healthy beetle colony can clean a properly prepped large bear or deer skull in less than a day and can handle bigger game like moose in a few days.

Beetle cleaning offers a great option for trophy skulls that are to be scored, as there is no water in the cleaning process that can potentially cause the bones to shrink. After the beetles have cleaned the skull, allow the skull to dry for the required 60 days and have the scoring completed prior to the degreasing process. Once scored, or after the beetles finish with the skull it needs to be degreased, whitened, and finished to the desired end result. 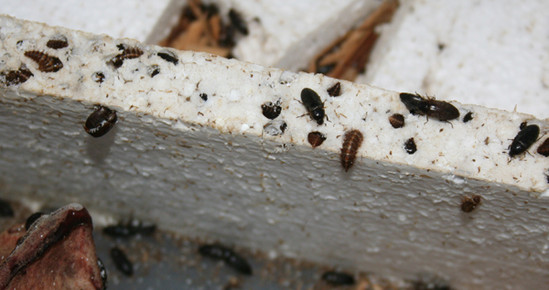 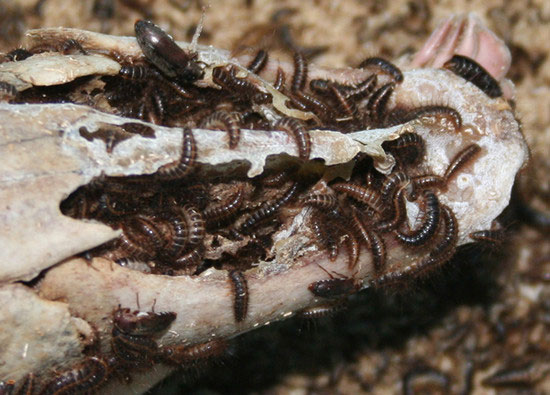 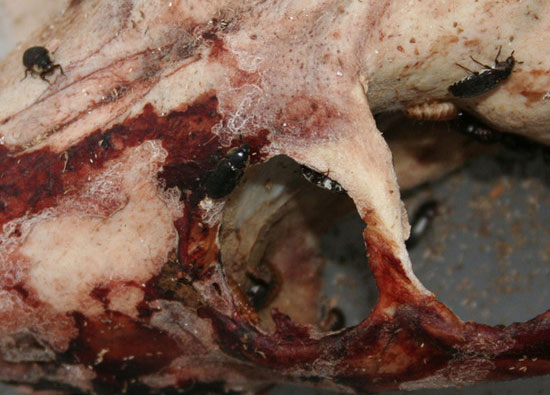 At Bare Bones Mounts, your trophy skull mount or animal skeleton is all that matters.